In a world full of apples, why not be a pineapple?

Pineapple is one of the most popular tropical fruits in the world. And it is either consumed as a tasty and juicy fresh fruit or it is processed into slices, compotes, and juice.

Costa Rica is the one of the world’s biggest trader of fresh pineapples. In fact, two out of every three pineapples traded internationally come from Costa Rica.

The top three pineapple producers in 2017 were Costa Rica with 3.06 million MT, followed by The Philippines with 2.70 million MT, and Brazil with 2.25 million MT.

Since 2011, Tessenderlo Kerley’s liquid fertilizers have been introduced into the fertilization programs in pineapple production in Costa Rica. The CaTs® liquid fertilizer is commonly used as a source of calcium during the vegetative and production stages of the crop, increasing the internal quality of the fruit and reducing issues relating to high internal translucency. Meanwhile, the KTS® (potassium thiosulfate) can be used during the production stage of the crop to improve the filling of the fruit and the ratio of acids and degrees Brix of the pulp. 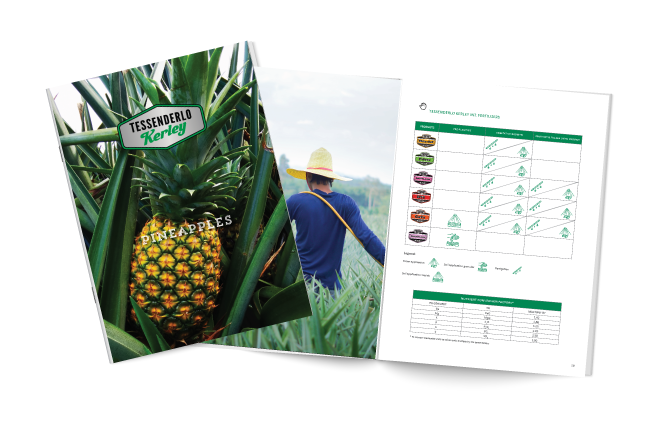